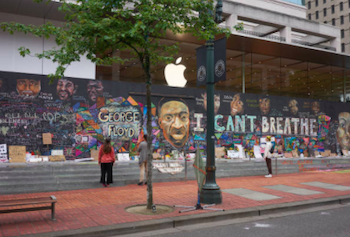 This past Tuesday marked the one-year anniversary of the murder of George Floyd by a police officer in Minneapolis.

Floyd’s death spurred protests around the country and prompted ongoing police reform debates and initiatives. The California Catholic Conference of Bishops began a year-long listening journey, meeting with African American Catholic leaders to more fully understand the extent and nature of the sin of racism in ourselves, our Church, and our nation.

Bishops from throughout California released a video reenacting the Stations of the Cross to draw attention to the sin of racism and ask God’s help in eliminating it.

The Bishops Anti-Racism Task Force continues its work helping dioceses and parishes understand the issue of racism and our role in overcoming prejudice and discrimination.