Asian Pacific Islanders: A Record of Contribution Despite a History of Discrimination 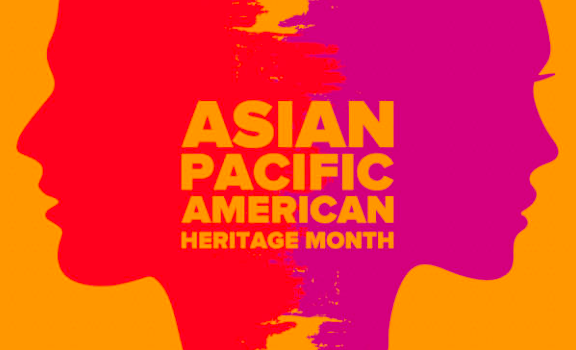 Collectively and individually, the members of the California Catholic Conference of Bishops have called for an end to violence, discrimination, and hatred as we stand in solidarity with our Asian American and Pacific Islanders (AAPI) brothers and sisters.  As AAPI Month comes to a close, the Conference offers the following reflection on a history of unjust discrimination, the uniqueness and pride of the many AAPI nationalities, and the ongoing contributions of our AAPI brothers and sisters.

In recent months, this nation has seen an uptick in violent discrimination against AAPI individuals. However, in reality, racial discrimination and hatred against Asians have occurred since their first appearance in the United States of America. This hostility against particular groups because of their ethnic origins has deep roots in our nation’s past and was exhibited in laws such as the Page Act (1875), the Chinese Exclusion Act (1882), and the internment of Japanese Americans in World War II (1941).  These policies and laws emphasized government support of the society’s fear and prejudice against Asians. These laws gave everyday people “permission” to intimidate and harass Asians.  The recent uptick in attacks against Asians stems from society’s baseless labeling of COVID-19  as the “China virus” and the “Kung flu.”  This irresponsible scapegoating evokes the assaults in San Francisco 121 years ago when members of the Chinese community were blamed and attacked for an outbreak of the bubonic plague. Regrettably, the false association of the AAPI community with COVID-19 adds another historical layer of Americans blaming their fellow Americans for larger social ills.

The website “Stop AAPI Hate,” a clearinghouse for reporting and documenting the rise in hate-filled attacks and crimes against Asians, saw a 150 percent increase in the number of reports.  Videos of unprovoked assaults on elder AAPIs, arson at a Chinese church, stabbings at bus stops, and literally thousands of racist and violent incidents both in-person and online are a shameful scar upon our society. Some of these racist incidents have tragically ended lives and deeply wounded the families of the victims. The shooting massacre of six Asian women in Atlanta culminates a yearlong trauma caused by the COVID-19 pandemic lockdown but also uncovers the decades of racial attacks and harassment against Asian immigrants and refugees.

The aftermath of these attacks brings sharper attention to labels and stereotypes imposed on Asians in America: “model minority” and “forever foreigner.” These labels describe Asians as hard-working and tolerable citizens but never wholly accepted as equal.

Unfortunately, being a “model minority” pits Asians against other minorities and further sets them apart from the white majority. It also creates tensions among the many different Asian communities that make up the AAPI designation. For instance, some AAPIs are relatively new to America and are struggling to make a living. They are trapped in a system assuming all Asians as successful and do not need public assistance. This stereotype further impoverishes the poorest Asians.  For instance, Southeast Asians have a high rate of high school dropouts, similar to other minorities, but this is not often raised in the public discourse. In addition, more than sixty percent of AAPI do not even call themselves AAPI.  Instead, they refer to their country of origin when asked. This underscores how Asians do not fit neatly into the categories AAPI, Asian Americans, or Pacific Islanders. Rather, they want to be recognized for their own ethnic uniqueness.

Many of the Asians who first came to the shores of the United States landed in California. The largest group was the Chinese; their history is well-rooted in the state. But they endured some of the most horrific persecution faced by any immigrants. Their success in working in the gold mines, railroads, and retail business was viewed as intruding into employment for white citizens. These sentiments against the Chinese boiled into driving them from towns and cities up and down the California coast. It seemed that as they were being driven out no one stepped in to help them. The Chinese community fought against the persecution they endured and eventually found protection.

There were many Catholics among the Chinese immigrants. The first bishop of San Francisco, Bishop Joseph Alemany (1814-1888), wanted to assist the growing number of Chinese Catholics in the diocese. In order to do this, he brought over a Chinese priest to work with the increasing number of Chinese Catholics. The desire was admirable but the result was disastrous because the priest spoke a different dialect than Chinese Catholics in San Francisco.  Nevertheless, there were attempts to continue working with the growing population. This is the first evidence of the wider Catholic Church in the U.S. reaching out to the Asian communities that continue to bolster the U.S. Catholic population. It is something that all people of faith need to do  - assist those most vulnerable in the society and create a space where all can live.

The attention to the rising racial attacks on Asians in the U.S. begs everyone to know the history of discrimination that Asians endured. The education system in the U.S. has, unfortunately, continually ignored the immigration, struggles, successes, and contributions of Asian people towards the building up of American society. From the Chinese railroad workers in the 1900s to the Filipino health care workers of the 1970s, Asians have fully contributed to the betterment of the United States. Since their presence is not entirely acknowledged or made visible by the wider population, their contributions continue to be neglected. Not knowing the history of Asians in the U.S. perpetuates the myth that Asians only came for their own good and not to build up the American society. There are currently twenty-five Asians in the U.S. Congress and nine mayors of cities across the U.S. There have been six state governors and several representatives in state government. This is a small list of the contributions made to elected office and civil government by the AAPI community.

The participation and leadership contributions of the AAPI are apparent in other areas. In 2003, the Catholic Church appointed the first Asian American Auxiliary Bishops -- Ignatius Wang and Dominic Luong. There are now five active AAPI Bishops in the U.S.  The number of religious vocations to the priesthood and religious life among AAPI is highest of any other minority groups in the U.S. Church.  In California, we are especially grateful to the many Filipino, Vietnamese, Korean, and other men and women who lead a consecrated life in service to the people of God.  Many have taken leadership roles in their respective dioceses and religious congregations. The AAPI community has also been successful in education; forty-nine percent of AAPI have a bachelor’s degree compared to only twenty-nine percent of the general population. Currently, there are a handful of AAPI college presidents with many high-level administrators across colleges and universities in the U.S.  In the area of health care, the AAPI community is well represented, not only in the everyday hospitals, but many are national spokespersons helping to guide others through the pandemic. Many AAPI nurses and doctors were harassed while working to save others, but they continue to care for everyone. Finally, in arts, entertainment, and sports, the AAPI list continues to grow and remain strong. People such as Jeremy Lin, Naomi Osaka, Yo-yo Ma, Kal Penn, and the Rock (Dwayne Johnson) are well-known popular culture figures. The popularity of an all-Asian cast on “Fresh Off the Boat” and the movie “Minari” are powerful contributions to the telling of the Asian American immigrant story.

It is crucial to know AAPI history and acknowledge that Asians have and continue to contribute to the wider U.S. society. Even with the current climate of fear and discrimination, the AAPI community continues to help educate others about their presence and participation. Education is an essential factor but also it is engaging with one another that people will learn about the shared humanity among each person. This is a step towards eliminating discrimination and hatred against Asians and all immigrants in America.

The call to stand in solidarity with groups targeted because of their ethnic origins is a call to all people of faith. The mercy and compassion of God are built upon the work that human beings provide to one another. We continue to ask for God’s guidance as we stand together against violence, hatred, and discrimination in our society and world. May God’s spirit open our minds, hands and stir our hearts towards those efforts.

Asian and Pacific Islander Resources from the U.S. Conference of Catholic Bishops