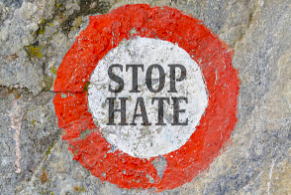 Following the recent tragic shootings in the Atlanta area this past week and the dialogue that has been ignited about other reported incidents of aggression against people of Asian descent, several bishops have publicly denounced the violent attacks.

Bishop Oscar A. Solis of Salt Lake City and chairman of the U.S. Conference of Catholic Bishops’ (USCCB) Subcommittee on Asian and Pacific Island Affairs decried the culture of death, hatred, and violence that underlies these incidents and called for solidarity with the vulnerable.

“I am deeply saddened to hear of another mass shooting that has tragically taken the lives of eight people and has renewed concerns about a rise of hostility against individuals of Asian descent,” said Bishop Solis in a written statement. “As bishops, we decry any kind of hatred and violence, particularly based on race, ethnicity, or sex. We pray for the families and friends of those who were lost, and for their communities, who may feel unsafe and vulnerable at this time.

Bishop Kevin Vann of the Diocese of Orange called the acts “reprehensible” in his statement.

Los Angeles Archbishop Emeritus Cardinal Roger Mahony explored the “California conscience” and history of the treatment of Asian and Pacific Islander brothers and sisters in a recent blog post here.

Bishops also commented on the ten deaths in a Colorado supermarket.