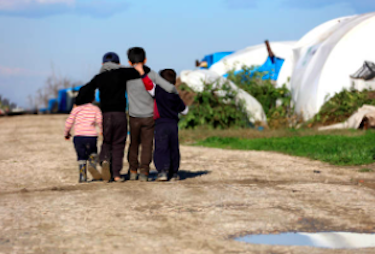 This week, the California Bishops offered a letter of support to the Texas Catholic Conference for their commitment to migrant assistance despite the State of Texas’ attempt to halt migrant services provided by several Catholic organizations.

“On behalf of my brothers in the California Catholic Conference, we offer our thanks for the outstanding efforts of Texas’ dioceses and Catholic Charities agencies on behalf of migrants.  We admire the strength and determination of your efforts to address the suffering of migrants despite the political forces working against those efforts,” the Bishops wrote.

“In early June, [Texas Governor] Abbott ordered child care regulators in Texas to take away licenses from facilities that provide shelter and other services to migrant children who crossed the U.S.-Mexico border illegally,” reports Catholic Charities USA. “Some facilities, such as Catholic Charities, have federal contracts with the Office of Refugee Resettlement to help care for them.”

Gov. Abbott also signed an executive order this month prohibiting the transport of migrants, citing COVID-19 cases as reasons for the restriction and giving authorities the ability to stop any vehicle on “reasonable suspicion” of violating the order.  The order runs counter to other COVID-related Abbott policies, including the prohibition of masks.

The Texas Catholic Conference released a statement this week emphasizing the work of Catholic organizations for migrants in the state who “are poor and in need of extended services and Catholic Charities partners with a variety of agencies to attend to those needs. Agencies along the southern U.S. border, including Texas and around the country, have provided these services in coordination with the federal government for decades across multiple presidential administrations. Catholic Charities’ efforts are humanitarian, not political.

The Department of Justice has sued Texas over the order and asked a federal judge for an immediate injunction.