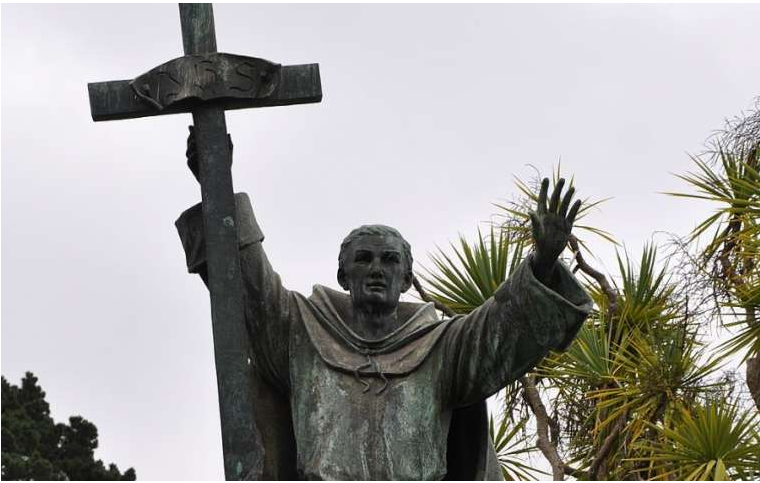 SACRAMENTO – The California Catholic Conference of Bishops has issued the following statement in response to the removal of St. Junipero Serra statues in the state:

“The movement to confront racism within our society during these past weeks has been, at times, challenging but it has provided bold new hope for every American that our nation can begin to transform key elements of our racist past and present.  We vigorously and wholeheartedly support a broad national coalition, especially in its peaceful dedication to eliminating racism against members of the African-American and Native American communities.

“During the past week the specific question of removing statues of political, military and cultural leaders of the past has gained momentum.  If this process is to be truly effective as a remedy for racism, it must discern carefully the entire contribution that the historical figure in question made to American life, especially in advancing the rights of marginalized peoples.

“In calling for the removal of images of Saint Junipero Serra from public display in California, and in tearing down his statue in San Francisco and in Los Angeles, protesters have failed that test.  As Archbishop Cordileone pointed out in his recent statement:

St. Serra made heroic sacrifices to protect the indigenous people of California from their Spanish conquerors, especially the soldiers.  Even with his infirmed leg which caused him such pain, he walked all the way to Mexico City to obtain special faculties of governance from the Viceroy of Spain in order to discipline the military who were abusing the Indians.  And then he walked back to California.

And lest there be any doubt, we have a physical reminder to this day: everywhere there is a presidio (soldiers' barracks) associated with a mission in the chain of 21 missions that he founded, the presidio is miles away from the mission itself and the school.  St. Junipero Serra also offered them the best thing he had: the knowledge and love of Jesus Christ, which he and his fellow Franciscan friars did through education, health care, and training in the agrarian arts.

“The historical truth is that Serra repeatedly pressed the Spanish authorities for better treatment of the Native American communities.  Serra was not simply a man of his times. In working with Native Americans, he was a man ahead of his times who made great sacrifices to defend and serve the indigenous population and work against an oppression that extends far beyond the mission era. And if that is not enough to legitimate a public statue in the state that he did so much to create, then virtually every historical figure from our nation's past will have to be removed for their failings measured in the light of today's standards.”