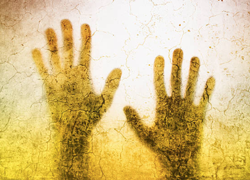 Trafficking is a vicious crime taking place in every part of the state. Catholic Social Teaching calls on us all to take action to stop this abhorrent atrocity. Click here for information on the USCCB's Stop Human Trafficking and Exploitation, Protect, Help, Empower, and Restore Dignity (SHEPHERD) program, which educates lay and religious leaders about human trafficking from a Catholic perspective.