California lawmakers worked right up to and past the midnight deadline of the two-year legislative session, which officially ended at midnight on August 31. Those bills that made it through both houses now sit on the Governor’s desk until he either signs or vetoes each measure.

The CCC is closely monitoring the Governor’s actions, and you can expect to see a variety of alerts from the Catholic Legislative Network to urge either a signature or veto. The Governor has 30 days to act on any bill that is sent to him.

The CCC is thrilled to report that our sponsored bill, SB 905 (Archuleta, D – Pico Rivera), which protects the privacy of volunteers, passed out of the Assembly and now awaits Governor Newsom’s signature.  Please keep watch for an alert asking the Governor to sign this bill.

We are also pleased to report AB 2512 (Stone, D-Scotts Valley) passed. This bill updates the definition of “intellectual disability” to include conditions that manifest before the end of the development period as defined by clinical standards, which will benefit those with intellectual disabilities who are being charged or sentenced in the criminal justice system.

In the latest news on the evictions in the state, the legislature did pass AB 3088, which pauses evictions through January 31 as a result of unpaid rent during the first six months of the pandemic. To prevent eviction, tenants would have to verify they’ve had COVID-19 hardships and also have to pay at least 25 percent of their rent starting in September.

However, the bill does not erase any missed rent payments and landlords could attempt to recoup any missed payments starting March 1.

Find the fate of other bills the CCC tracked on our Legislation page.

September 1 kicked off this year’s month-long Season of Creation with Pope Francis offering a profound reflection on respect for the earth, its resources, the evils caused by man’s greed and the need for "restorative justice" such as debt cancellation for poor countries.

During this year’s Season of Creation 2020, the Catholic Climate Covenant is hosting a five-part webinar series, “On the Common Good & Our Common Home,” for U.S. Catholics to:

The Catholic Labor Network is hosting its first annual livestreamed Mass on Monday, September 7 at 2pm. The Mass will be hosted by Bishop John Stowe of the Lexington Diocese, who has spoken out boldly in defense of Catholic Social Teaching of unions and worker justice.

The U.S. Conference of Catholic Bishops highlighted healing in our communities in this year’s Labor Day statement.

God knows the challenges we face and the loss and grief we feel,” the Bishops wrote. “The question to us is this: will we pray for and willingly participate in God’s work healing the hurt, loss, and injustice that this pandemic has caused and exposed? Will we offer all we can to the Lord to “make all things new?”

Registration is required to view the event. Click here for more.

While California continues to try to keep COVID-19 cases down by reducing or shuttering certain industries, essential workplaces and facilities that operate with large populations in close quarters are seeing large numbers of infections. While some measures have been mandated to ensure safety, unclear directions or failure to comply with safety measures have resulted in outbreaks.

Farm workers have been especially hard hit and meat packing and other food packaging facilities have become hotspots for the virus. Foster Farms has temporarily stopped operations at its poultry plant in Livingston after close to 400 employees reported positive and seven workers died. Similar outbreaks have happened at other facilities throughout the country.

Merced County public health officials intervened in July to urge widespread testing of the Foster Farms facility to control the outbreak. Foster Farms initially tested less than 100 of its 3,000 employees.

California’s Immigration and Customs Enforcement (ICE) Detention Centers and prisons have also been ravaged by the virus. In July, half of the detainees who were tested came back positive at a facility in Bakersfield. In San Quentin State Prison, over 2,200 inmates have tested positive for COVID-19 and close to 2,000 at Avenal State Prison. At Folsom State Prison, 233 inmates had active infections and a large tent structure was erected with 90 beds available to provide care. All aforementioned prisons have also had several hundred employees test positive for the virus.

Earlier in the summer, inmates with active infections were also transferred between facilities, while others were released.

To complicate matters, the state does not have a solid reporting policy for workplace outbreaks and contract tracing efforts have failed to materialize.

Today we hear the voice of creation admonishing us to return to our rightful place in the natural created order – to remember that we are part of this interconnected web of life, not its masters. #SeasonOfCreation 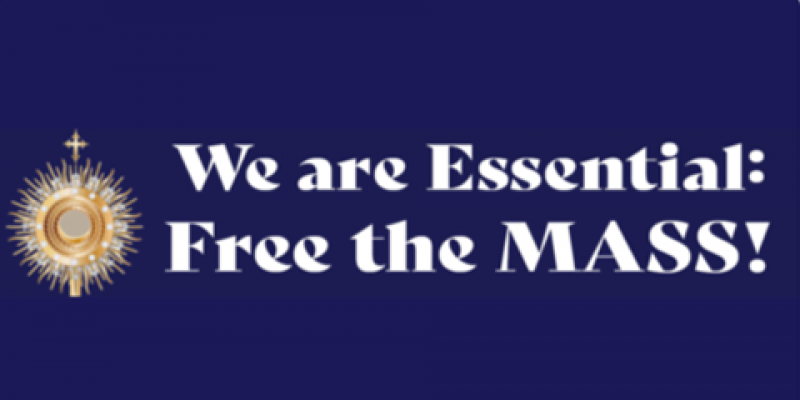 Americans' Right to Worship Is Being Denied
I won’t be silent anymore. Most Rev. Salvatore J. Cordileone - The Washington Post, September 16, 2020 - I never expected that the most basic religious freedom, the right to worship — protected so robustly in our Constitution’s First Amendment — would be unjustly repressed by an American government. 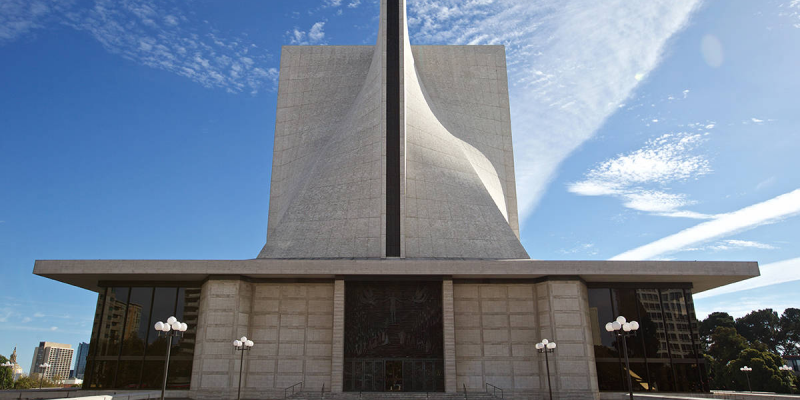