On September 23, 2015, Pope Francis will preside over the canonization ceremony of Father Junipero Serra in Washington D.C.  Long considered the “Apostle of California,” Serra will be honored by the Catholic Church as a symbol of heroic sacrifice and evangelization.

Father Serra, a Franciscan friar and prominent figure in the European settlement of California, answered a call from God to leave a comfortable academic life in Spain, travel to the far edge of the Spanish empire and bring the Catholic faith to those who had never known it before.  He traveled thousands of miles – to Mexico and throughout California – founding nine of California’s 21 missions.  These missions would later become the first settlements in many of California’s major cities.

When Father Serra died at the age of 70 in 1784, he was mourned by friars and many of the Mission Indians, who referred to him for generations after his death as “el santo”— the saint.

However, the effort to canonize him did not begin until 1934, when Bishop Philip Scher of the new diocese of Monterey-Fresno – who had a special devotion to Father Serra and had spent time with the Franciscans in the Santa Barbara area – requested that the Holy See open the cause for Serra’s elevation to sainthood.

In 1941, the Vatican appointed Fr. Eric O’Brien OFM as Vice Postulator for Serra’s cause, an official who leads the effort to obtain the necessary documentation for canonization.

The first step in the process of canonization is to gather all historical writings about and by the candidate. This scholarly research was conducted in the 1940s by Father Maynard J. Geiger, archivist at Old Mission Santa Barbara, the headquarters of the Serra Cause.  Father Geiger traveled to Mexico, Italy, Spain and throughout California to gather the information – which amounted to 7,500 pages.  He and Father O’Brien also interviewed many descendants of California settlers, Indians, and the Spanish, who knew Padre Serra, and prepared additional written testimony.

In the summer of 1950, this research was given to the Vatican for the next stage of scrutiny of Serra’s legacy to begin.  The resulting “Summarium” on Serra’s life was completed and presented it to Pope John Paul II in 1983. After the document was found to have met the standards of the Congregation for the Causes of Saints, on May 9, 1985, Pope John Paul II declared Father Junípero Serra to be "Venerable," one of the first stages of sainthood.

Between 1985 and 1987, the Archdiocese of St. Louis, Missouri and then the Theological and Medical Commissions of the Congregation of Saints in Rome investigated a reported miracle of Sister Boniface attributed to Serra.  When the results determined that there was no medical explanation for the nun’s healing from lupus, the pope affirmed that it was a miracle through the intercession of Father Serra.  On September 25, 1988, Junipero Serra was beatified (declared “Blessed”) by Pope John Paul II.

On January 15, 2015, Pope Francis announced in an interview in a flight from Sri Lanka to the Philippine Islands that he would canonize Father Serra during his visit to United States in September 2015.  He called Father Serra “the evangelizer of the west of the United States."

In doing so, the pope bypassed the usual requirement of two verified miracles for declaring sainthood, and instead used a process termed “equipollent canonization.”  The procedure enables an individual who has been beatified and long venerated as a saint to be canonized.  Blessed Serra was thus deemed to have already met the sainthood criteria.

In June 2015, after examining an updated “Positio” of 1000 pages that included new materials for Serra’s cause, the Cardinals in Rome voted to elevate Blessed Junipero Serra to sainthood.  Pope Francis then issued the official decree announcing the canonization.

“In this time of the ‘new Evangelization,’ the pope sees Father Serra as a role model,” said Father Ken Laverone OFM, a co-Vice Postulator for Serra’s cause and pastor of St. Francis Church in Sacramento.  Father Serra’s “big dream,” he said, “was to evangelize to those who did not know Jesus.”

Pope Francis will personally preside over the canonization ceremony of Father Serra at the National Shrine of the Immaculate Conception.  Serra will be the first saint to be canonized on U.S. soil. 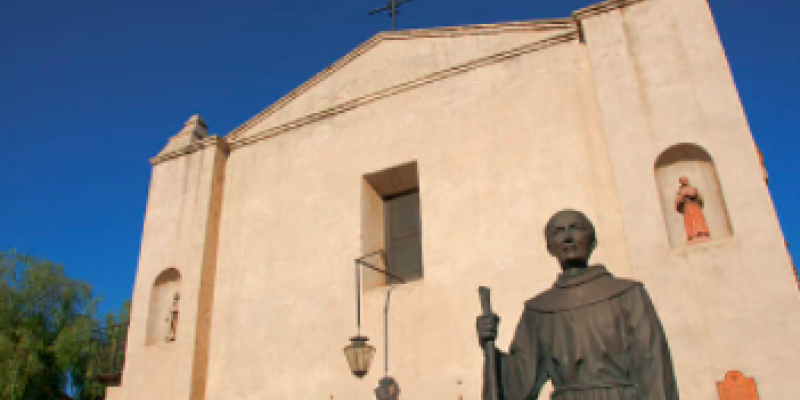 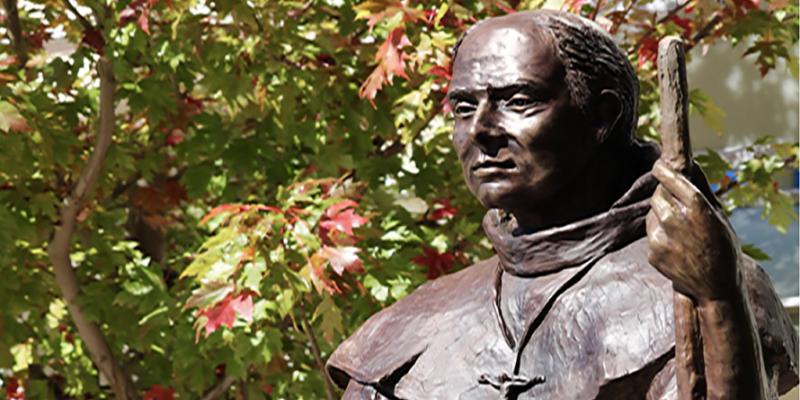