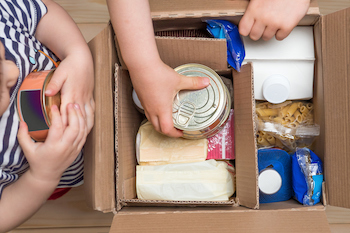 Last week, the USDA announced an update to the Thrifty Food Plan (TFP), which will trigger an increase in federal Supplemental Nutrition Assistance Program (SNAP) benefits and CalFresh benefits for Californians.

The TFP is a formula that calculates benefit allocations and has not been updated since 1970. More than 75 percent of recipients run out of their benefits in the first half of the month.

Modernizing the TFP will help 4.4 million Californians who rely on CalFresh to make ends meet, raising benefits by approximately 21 percent. The new calculations will take effect on Oct. 1.

The USCCB praised the USDA's move, calling it, "The resulting increase in SNAP benefit amounts will be a meaningful improvement in the lives of millions of people," and that "[s]upport for SNAP and other vital nutrition programs is one way we can collectively respond to the Lord's command to feed the hungry."

The release of the updated TFP fulfills the congressional directive of the 2018 bipartisan Farm Bill, which also requires that the USDA re-evaluate the TFP every five years.